With the Second Long Term Care Reinforcement Act, the changes in nursing care, which will fundamentally change the operative implementation of long term care services in private insurances and make this more complex, come into effect on January 1, 2017. The law has been in effect for a year, but the most important changes were just enforced. Now there are five degrees of long term care instead of the previous three degrees. Starting immediately, nursing care needs are measured based on how able a person is to manage everyday activities.

The term “in need of care” was completely newly defined, plus the previous time values that were used as an orientation no longer play a role. Instead, the question is usually if the required ability is still present and if the affiliated activities can be performed independently, sometimes independently or only dependent.

The transition into the new nursing degrees occurs automatically and is fundamentally based on the legally defined rules. Thus, those in need of care do not have to submit a new application at the turn of the year to be assigned the corresponding nursing care degree for the next year.

An additional continuance provision ensures that nobody will be worse off. Frequently even an improvement of the service received is possible - at least theoretically.

Implementation of the PSG II in the performance test

In practice, the model of all service promises and service types from the tariffs PVN/PVB on the basis of PSG II (for example, long term care allowance, day and night care (partial inpatient), prevention care, short-term care, inpatient care in connection with protection of rights) too often means - almost on a regular basis - a manual calculation in connection with the appropriate distribution to the individual nursing care groups.

As horrible as this may sound, it is frequently like this in reality as well. The amount of encountered arrears confirms that the implementation of PSG II is described as challenging by many health insurance companies. In addition to the technical complexity, the period of time from the final publication of all required information to the time of implementation on January 1 was much too short. The resulting implementation in individual establishments was therefore done under the leading aspect of operational legal capacity with service accounting and not under the aspect of the process cost resulting from this.

In order to better describe the impact assessment for the PSG II, it has proven helpful to measure and weight individual types of services (here document types) and their billing from the PSG II and then put them in relationship to the nursing care cases over the year. In the example below, 1,000 nursing cases a year mean approximately 1,500 days of billing in four years. Here it must be considered that many nursing cases have more than an expense occurring on an annual basis.

This fundamental validation sensitizes for the consequences in the service accounting of an average private health insurance company.

In the observation for the PSG II above, it must be considered that potentials for reduction were not considered and therefore should be evaluated in an additive manner. To put it simply, the use of the in|sure Health Claims long term care observed here means that with the previous observations, for each 1,000 nursing care cases, 1,500 processing days are available for other activities during the period of observation. Of course, this assessment is only an approximation of reality and does not mean that it is a real observation for an individual private health insurance company.

Additionally, the administrative of open consultation that should be considered in machine-based long term care allowance accounting is a further indicator for high automation rates.

Without the assurance of a complete observation, the payment or inspection of invoices breaching commitment should be observed. In everyday business, these are distinguished by increased manual inspection requirements and the affiliated time capacities.

What automation potentials are additionally needed during this time?

After the initial burden was handled with the new in|sure Health Claims for long term care insurance, it was clear which areas have additional potential for optimization and automation.

Furthermore, an enhancement of the existing straight through processing is required in the following areas, among others:

What changes with the PSG III?

This article handles the impact assessment in services for PSG II. However, you should always remember that PSG II is knocking at the door.

Furthermore, the inspection rights for medical services should be expanded to nursing care services for better quality assurance. Furthermore, health insurance companies will be able to inspect bills from outpatient services in the future independent of the MDK.

There will probably be a contextual adjustment for private health insurance. Altogether, it can be seen that the “fight” against fraud is receiving a significantly greater importance and thus, the question is brought up regarding which systematic infrastructure can and/or should offer support.

This will significantly increase the pressure on automated auditing and make new approaches of fraud detection necessary.

To the product in|sure Health Claims 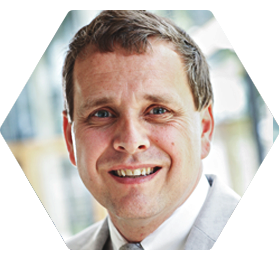