Whether it's code, prototypes or products, in IT we often only see the results - rarely the people behind them. This is where the exciting stories can be found. Jugend hackt, the support program for young people, is of course mostly about people, not their projects.

Much of the program code that was worked on over a weekend at the hackathon is only a finger exercise in the end - what remains, on the other hand, are friendships, "ah-ha!" experiences, new hobbies, and sometimes a groundbreaking decision that impacts the rest of one's life. While the lines of code continue to exist on their own on Github, you have to regularly capture the hackathon's human moments.

For this reason, Jugend hackt invited Hamburg filmmaker Sandra Trostel to attend some of last year's events with her camera, both online and offline. She knows her way around the nerd scene and in 2018 filmed the documentary about the Chaos Computer Club, "All Creatures Welcome."

Not a film but interactive portraits

The result is not a film that simply goes from one event to the next, but an interactive portrait of many people from the Jugend hackt cosmos: young participants, mentors who have grown up over the years, and people who support the program. In eight short films, they talk about their connection to Jugend hackt and highlight different aspects, such as participation, diversity, technology, and ethics.

We had already introduced one protagonist from these short films in February: Malte came to Jugend hackt as a 13-year-old, learned that he was not alone in his interest, and was encouraged to study computer science. Now his film can also be seen online. 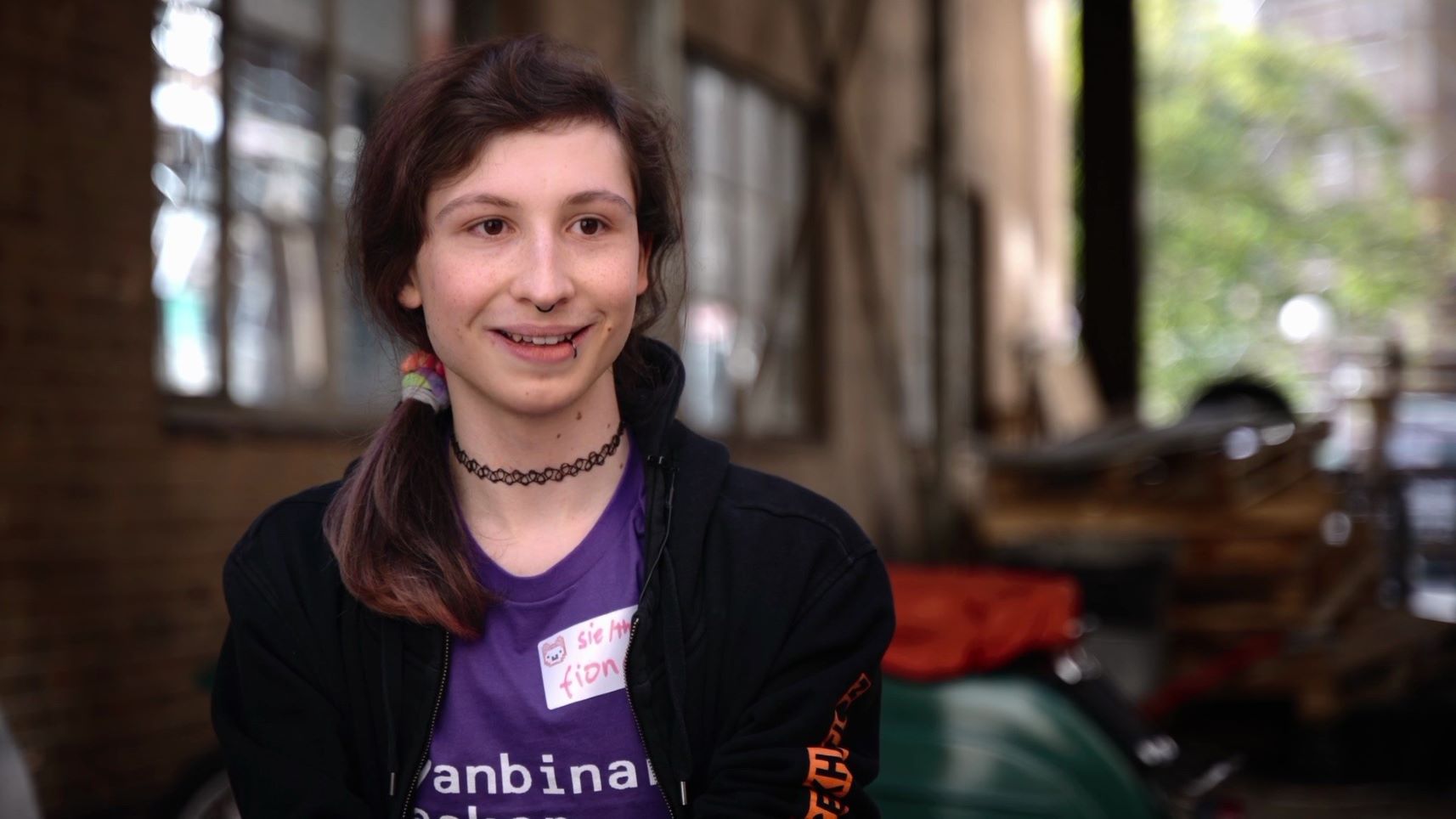 Fiona, a former participant and current metor, reports on the importance of social aspects within the community.
Photo: Sandra Trostel

Fiona herself joined Jugend hackt nearly 10 years ago as a young participant and now takes care of the event technology at the Berlin event. She confirms in her film that it's all about the community: "Of course, I did learn new programming languages at Jugend hackt, listened to lectures, exchanged ideas, learned a lot of technical stuff. But these are all things that I could nowadays teach myself online on my home computer. The most important thing is simply the social aspects."

In another film, we dive into the history of Jugend hackt. Liv, a former participant who has now also taken on many duties in the community, talks to the founding team Daniel and Maria. They add to the many anecdotes told in the other films about the different motivations for creating the grant program in 2013.

Linear is boring, so even in a 2D world in the browser, you can decide in which order you travel through the videos: they are all built into Jugend hackt's "Alpaca World," a futuristic farm in retro pixel style where many pandemic era events took place virtually. Here you can discover the videos like you would in a computer game.

The overall package of films and browser game, that will be published soon, is intended not least to motivate new young people to discover Jugend hackt and to at some point participate themselves - and to perhaps also become part of the ongoing story.