In spring, the Corona pandemic plunged the annual planning into chaos: None of the prepared events can be scheduled — what now? Two challenges arose for Jugend hackt: “How do we move our previous weekend events completely online?” And secondly: “What new offerings can we create in this situation to give young people the opportunity to collaborate on their topics from home?”

Getting the weekend events online worked amazingly fast, especially because the young people themselves took the initiative, and after only one week [a first remote event] could be set up. But that was not all. The young people's need for even more exchange of content was not yet satisfied.

The direction was clear: to do more online and create something for our community, which is now sitting at home and still wants to experience something together. So in April, the team started a new regular livestream, the Jugend hackt community talk, an interactive interview format with people who have already assisted Jugend hackt as mentors. The topics are the same as those discussed at the normal Jugend hackt events: Open Data, Open Source and Digital Art—everything at the interface of society and technology.

The format is not only intended for the youth community, but can also bring the often complex technical topics closer to the interested public. All viewers not only have the opportunity to watch the stream live, but can also ask questions that will be directly addressed in the interview.

The team listened to the young people from the very beginning and involved them directly: “What topics do you want to see? Would you like to be a guest speaker or even prepare a program yourself?” Already the third talk was therefore moderated by a young participant, and in the fourth edition, there was a guest project group that presented their politics quiz, which was created at Jugend hackt in Frankfurt in 2019 and has since been further developed by the group.

Little by little, the format that had been launched at Jugend hackt as an offering for the community became a format from the community, and thus a good example of the importance of self-efficacy, which is of great importance for the entire program: As at the events, the young people see themselves as active creators and experience an environment in which they can experiment.

The latest two broadcasts once again set very special priorities: The seventh Community Talk focuses on the topics Mentoring and Volunteering and is less an interview than a fireside chat: Two young guests and a young moderator exchange ideas on how they experience mentoring at Jugend hackt as participants and how they support each other. Former participant Jana reports specifically how she herself experiences her current change of roles: After having participated in Jugend hackt for many years as a teenager and having outgrown the age group, she is now involved as a mentor.

In the latest Community Talk to date, the team and former participants of Jugend hackt venture a glimpse into the past: In the fall of 2015, the “Germany Says Welcome” app was created during a hackathon to help the many people who had recently fled to Germany in their new homeland. The app was such a success that it was launched six months later as an official offer from the North Rhine-Westphalian government. In the Community Talk, almost exactly five years later, Anna, David and Karl from the app team, now grown up, reflect on how they experienced the time back then and what has guided them until today.

Since the first hackathon in 2013, Jugend hackt has generated a multitude of stories, most of which have never been told before. The Community Talk, the joint project of the full-time team with many people from the Jugend hackt community, has proven to be a suitable format for giving these topics a public space.

Meanwhile, the ninth live broadcast is being planned. Every three to four weeks, there will be a live stream, always on Tuesday at 5 pm. And even if the format was created as a replacement for pandemic-related unusual on-site events: With Jugend hackt, everyone wants to continue the Community Talk even in better times. There are certainly plenty of topics and exciting people. 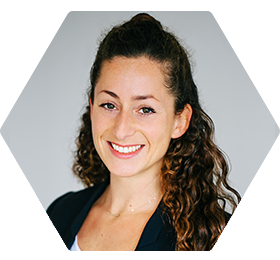