Insurance companies are open to digitization

The media often paints a picture of a conservative financial industry, which in its complacency, is peacefully slumbering away in an era of digitalization and progress. However, a recent study paints a different picture.

As part of the Digital Outlook 2025: Financial Services study, the Lünendonk consulting firm surveyed 129 managers from the IT and operational business departments of banks and insurers about various aspects of digitization in the financial industry. And the insurers were very open-minded about digitization.

The financial industry doesn't see itself threatened by disruption, but it is skeptical about customer access

It's now a common saying in the FinTech industry that consumers need banking, but that they don't necessarily need a bank. This describes the warning sign of disruption. On the one hand, there are challengers in the form of young, dynamic start-ups, and on the other hand, there are traditional companies which are literally just waiting to be swept off the market.

However, banks and insurance companies don't see their current situation as being so dramatic. Just 33 percent of those surveyed in insurance companies see digital competitors as "being somewhat of a threat." Sixty-seven percent see little or no threat.

When asked about strategic and tactical challenges in the coming years, however, it's clear that companies are definitely worried. With 73 percent of the mentions, new regulations rank at the top of the list of challenges. However, worries about access to customers are also a cause for concern.

This is because 40 percent of those surveyed see the impending loss of customer interfaces as a very big or major challenge. And they're probably right; just think of the ambitions that non-industry players, such as Amazon, have for the insurance industry. One in five also sees declining customer loyalty and decreasing customer retention as a threat. So, the concern about disruption cannot be entirely dismissed.

Insurers approach digitization in a more targeted manner than banks do

Many insurers are still burdened with outdated legacy IT systems. The restructuring of corporate IT has been an issue in many companies for years. This is especially true in terms of cost pressures, the speed of innovation and compliance. Obviously, decision-makers have realized that the list of tasks is long enough. In order to pick up speed, making connections and entering into cooperation agreements with InsurTechs is a good idea. And the study confirms that companies have a more focused approach than banks in this regard. But this may also be related to the fact that, in direct comparison, the level of digitization at insurance companies is lower.

It is clear, however, that insurers tend to enter into cooperation agreements with InsurTechs rather than seeking direct participation. On average, just one-third of the companies have already taken over or participated in a start-up. In contrast, 45 percent work intensively with start-up companies on a project basis, and 75 percent use or integrate their products and services.

This can be an effective means of increasing the speed of innovation, provided that detailed IT issues, such as interface solutions, have been resolved. Since InsurTechs don't have to deal with any inherited burdens, their systems are designed from a modern perspective, including use of the cloud and micro-services.

There is still noticeable skepticism about future technologies

The "acquisition" of innovations in the form of cooperation agreements or company takeovers also appears to be necessary when investigating how insurers use the various fields of technology. This shows that, on a broad front, companies are now using the cloud and benefitting from the security it offers. Sixty-eight percent of the companies are already using the cloud, and 29 percent are currently introducing the cloud or have initiated corresponding projects.

The percentage of those surveyed who are still skeptical about future technologies is surprisingly high. For example, 88 percent of those surveyed do not consider IoT (the Internet of Things) to be relevant, although IoT is considered to be one of the key components of Industry 4.0. Well over half still have no ambitions whatsoever in the area of block chain technology and the opportunities offered by smart contracts. And with regard to the use of artificial intelligence, German insurers also run the risk of losing touch with global developments, because four out of ten of those surveyed see no relevance whatsoever in this area.

The reluctance to use AI in particular may prove to be a decisive disadvantage, because the potential offered by this technology and how far it has progressed can hardly be denied. When used in commerce, in cyber-security or even in the core business of insurance companies, AI finds patterns and anomalies faster than any human can, while also making fewer mistakes. This is an area in which insurers must be careful not to be overtaken by start-ups and market outsiders. Disruption often comes faster than expected. 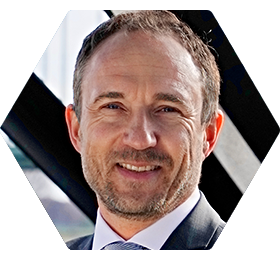