Digital pension overview – thought on everything?

Last week, the law on "Improving the Transparency of Old-Age Pensions" was passed by the German Bundestag in the second and third reading. In order for this law to enter into force, the positive vote of the Chamber of the Federal States, i.e. the German Federal Council, and the signature of the German Federal President are still required, if I remember my political science lessons at school correctly.

It was interesting to follow this week's discussion in the Committee for Labor and Social Affairs and the two debates at the first reading and before the vote yesterday evening: In addition to the publicity by the governing coalition and the broad support that this law has received, it and its current form were met with sharp criticism, especially from the opposition parties, even if it could mostly be interpreted as being constructive. The primary aim was to broaden the scope of the law and thus to further increase the transparency of old-age pension and to extend it to other forms of provision practiced in our country. The limits of such a project were also sounded out.

Here are a few examples:

In conclusion, perhaps a brief summary, so as not to go beyond the scope of this blog: by passing this law, the government has taken a first step in the right direction toward offering citizens more transparency regarding their old-age pensions, thus giving them the opportunity to optimize their pension provision. If one takes the above-mentioned objections seriously, one already has the agenda for the next few years, or rather, has the framework within which old-age provision providers, and thus also our company, should operate during this period in order to truly increase transparency regarding old-age pensions for all citizens and thus to achieve the long-term optimization of old-age pensions.

Here are a few ideas on the matter:

If you consider this further, you will certainly find many good ideas for picking up the ball that the lawmakers have put into play and for resourcefully and successfully addressing this topic, in order to respond to the agenda of the critics. 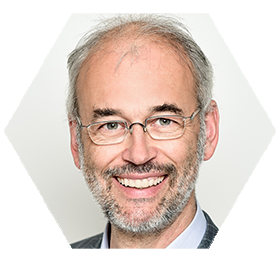 Ansgar Kaup has been working for adesso insurance solutions since May 2020. He is responsible for the topic Pension Management. He has many years of experience in product and project management in insurance companies.